The History and Evolution of Home Security Technology

Home security has greatly evolved over human history. What was once nothing more than a drunken night watchman keeping a watchful eye over the village has transformed into an incredible security industry known for its robust technological advancements.

Rather than relying on your neighbors to arrive with pitchers of water to put out a fire, local fire departments can be immediately notified by a fire alarm being triggered; doors locked with a single indoor latch can now be deadbolted from the outside, only opened with biometric data such as a fingerprint scan or facial recognition; lanterns placed outside a building for protection have now morphed into wireless security cameras that can be monitored from around the globe with the help of a digital app.

The advancements are truly incredible and deserve high amounts of praise, but the most exciting thing is that the advancements haven’t stopped. Home security is still evolving, with no signs of slowing down, meaning homeowners will be able to protect their properties in smarter and more efficient ways as time goes on.

But how did we get here? What brought us from a lone night watchman to small spy cameras and remote viewing cameras?

Before the 20th Century

Long ago, in the time of the Romans—and even until today—animals were the primary means of home security. Dogs have long been the favored protector, trained to begin barking if an intruder is noticed. But they weren’t the first or only guard animals.

The Romans were known to use geese as guards. If an intruder were able to sneak past a guard dog or subdue them, a flock of nearby geese would be the last line of defense, making a great deal of noise to alert the homeowner.

Surprisingly, little was achieved since prehistoric days up until the early 1700s, but English inventor Tildesley changed all of that when he developed the first door intrusion alarm. By mechanically attaching a set of chimes to his door lock, he was able to produce a sound whenever his door was opened, particularly by someone using a skeleton key or picking at the door.

But the developments didn’t stop there. Soon, in 1778, the very first tumbler lock was invented, while the popular Chubb lock was patented and introduced in 1818. While locks greatly improved home security, it would take the development of the first electro-magnetic alarm system by Augustus Russel Pope in 1853 to truly change the game.

Pope’s battery-powered system worked by activating an electrical circuit whenever a door or window was opened, so a series of magnets would be engaged, causing a hammer to strike a nearby bell. An incredible invention, it wasn’t made popular until Edwin Holmes bought the rights to the patent and used it to found the first electrical alarm system company. His expertise in advertising allowed him to effectively sell the product to households throughout New York City, bringing the modern alarm system into public consciousness.

Finally, Edward A. Calahan, who formed the American District Telegraph (ADT) in 1871, perfected the system, developing it to where it would alert homeowners of a burglary while also contacting local emergency services. Starting in New York City, ADT’s services would eventually be expanded to Baltimore, Chicago, and Philadelphia. 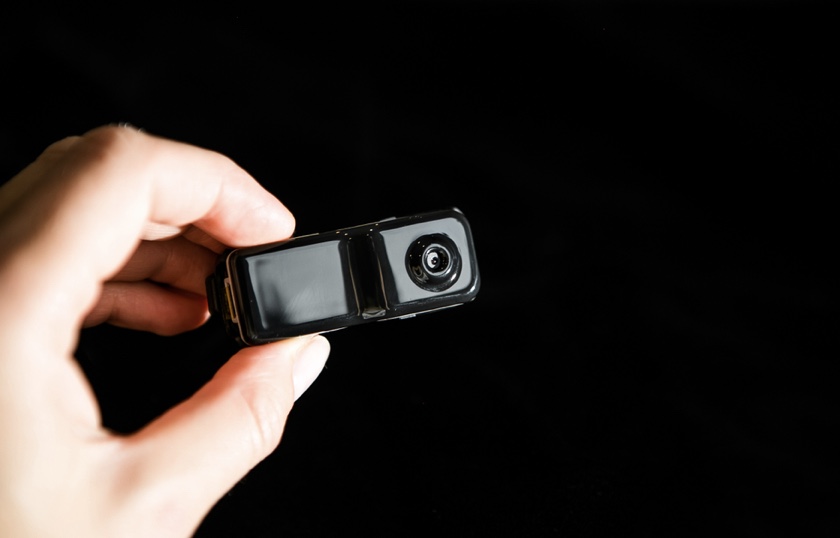 During World War II (1939-45), the major global nations put much of their effort into expanding and improving their militaries. One of the foremost improvements seen during this time was the advancement of military technology, particularly spy technology. Certain nations had near-impenetrable codes they would communicate with and on-the-ground spies who would be attempting to steal state secrets from their war partners.

Following the end of the war, the United States thrust the country headfirst into the Cold War (1947-1991), and the fight against USSR communism was dealt with through covert means, such as intense spy technology campaigns and the crushing of anti-capitalist revolutions in third-world countries.

This continued development of spy technology led to the creation of items we now see in our daily lives—items that, decades later, suddenly became available to the consumer marketplace. We see this in small spy cameras that can be hidden in the home or worn on the body and remote viewing cameras which can be easily monitored from anywhere with an internet connection.

Other technologies were introduced and utilized at the same time, particularly fire alarm technology. What once began as a community service to protect neighbors soon formed into citywide fire departments. Finally, a 1962 Canadian study found that heat and smoke detectors had the potential to save citizen lives, with heat and smoke detectors reducing fatalities respectively by 8% and 41%.

Developed a few years later, and first mass-produced in 1975, smoke alarms were distributed throughout the U.S. and were found to greatly reduce fatalities caused by fires. 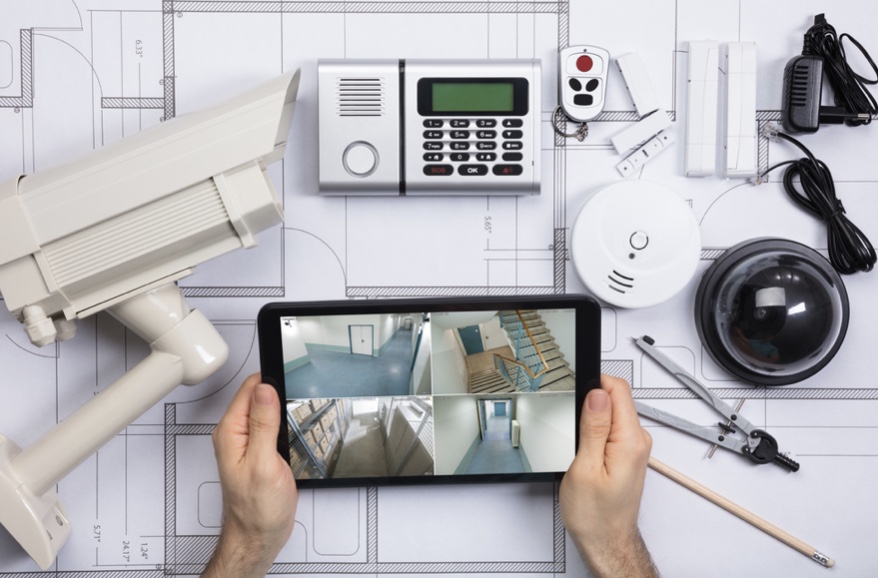 Home security has gone through many upgrades over the past few decades. In the 80s, we saw the introduction of automation technology such as remote-controlled garage doors, home environmental control systems, fiber optic data transport, consumer infrared cameras, and remote-viewing security systems. Then the 90s changed the game by making home security systems more affordable for average consumers, allowing low- and middle-income families to effectively install systems in their homes.

The 2000s brought further updates with the introduction of the smartphone. Modern apps have made it even easier to remotely control technological services throughout the home, from smart lights to home security systems. Now we’re seeing the introduction of even further enhancements. This includes wireless security cameras, motion sensor activated cameras, biometric deadbolt locks, doorbell cameras, and much more.