If you are a movie buff, the chances are you will have watched the film “21”, starring Jim Sturgess and the now-disgraced Kevin Spacey. The movie was based on a true story about a group of six college students from MIT who learnt how to count cards and embarked on a road trip to win millions of dollars at the blackjack tables of Las Vegas. Although there is a sense that the movie glamorises the concept of card counting — making it seem easy to ‘take down the house’ and walk away with millions — it’s true that card counting is possible at the blackjack tables.

One of the most popular casino tips any newcomer to casino gaming should consider is to learn games where strategy and skill can give them an edge over the game. Card counting is one way of putting the odds in your favor at the blackjack tables. In virtually every kind of casino game, the house has a statistical edge over players. However, card counters can negate that house edge at the blackjack tables. Card counters keep a “count” of the table to understand when the advantage moves in favor of them rather than the dealer. When this occurs, card counters typically increase the size of their bets in the knowledge they stand a good chance of winning.

To successfully count cards at the blackjack table, you need to be able to count through a deck quickly and rapidly assign values to cards dealt on the table. All playing cards with a value of two to six (of all suits) are given a value of +1 and all cards with a value of ten to ace (of all suits) are given a value of -1. As the game plays out, card counters will keep what’s known as a running count of the action. When the running count enters significant positive territory, it means there is a greater proportion of high-value cards remaining in the deck. In which case card counters would increase their bet sizes. Conversely, when the running count is highly negative, there is a greater proportion of low-value cards left in the deck, which sees card counters rein in the size of their bets.

Contrary to popular belief, the concept of card counting is not illegal. Card counters do not commit a crime in playing the game their way. Instead, they are simply using a system that helps them to outwit the casinos. But although becoming a blackjack card counter is by no means a felony, it’s still heavily frowned upon by casino operators. In fact, casinos that spot card counters will use their right to deny service to customers and prohibit suspected card counters from their tables.

Of course, the key for card counters is to avoid getting spotted by the pit bosses at the blackjack tables. What does a blackjack card counter look like? Put simply, it’s someone that seems heavily invested in the game. They are rarely prepared to engage in conversation with dealers and fellow players — let’s face it, it’s hard to talk and count at the same time!

Card counters typically attempt to avoid detection by varying their bets as infrequently as possible. Although this may eat into their edge over the game, it maintains their longevity at the tables. The last thing they want is to arouse suspicion and cause the dealer to shuffle the deck and put them back to square one. A card counter’s appearance is also important. Blending into the background and dressing like a tourist can also help to avoid detection.

What are the flaws of card counting in blackjack?

The biggest flaw is that those who prefer to play online blackjack will be unable to count cards online. All online casinos utilise online blackjack software that is overseen by random number generators (RNGs). This means that before every round of action, all the cards in the virtual deck are continuously shuffled, making it impossible for card counters to maintain an accurate running count. The use of RNGs is designed to provide total transparency and decentralised gaming action for players, but it’s the final nail in the coffin for card counters thinking of playing online. 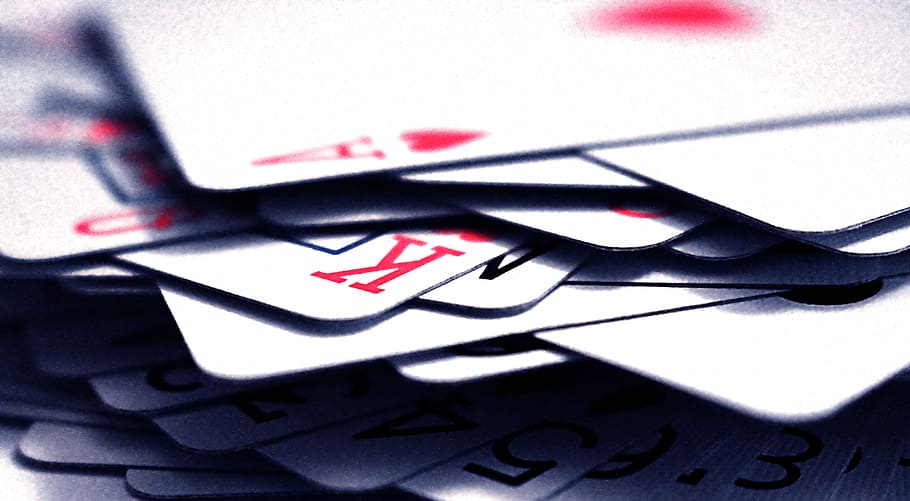 Caption: It’s increasingly common for casinos to use multiple decks at a table

There are issues with blackjack card counting in land-based casinos too. Card counting works best when you are playing with a single deck of cards. Single deck blackjack is rare, but it is possible to find tables in most brick-and-mortar casino resorts. Single deck games tend to have higher minimum bets. The issue is that more casinos are choosing to operate multi-deck blackjack games in a bid to diminish any card counter’s edge. In the casino capital of Las Vegas, it’s not uncommon to find blackjack tables using six or even eight decks at a time, making it impossible to keep a running count conventionally.

Some people try to carry on counting cards in multi-deck blackjack by keeping a ‘balanced count’ of the action. In order to obtain the ‘true count’ they simply divide their balanced count by the number of decks in play. This considers the six or even eight-fold rise in the number of low and high-value cards in the dealer’s card shoe.

Is it possible to win at the blackjack tables without counting cards? Absolutely. Just by using the basic strategy cards — that even the casinos will allow you to hold at the tables — you can at least ensure your betting bankroll goes further and take advantage of winning streaks along the way. Card counting is not for the faint of heart — and given the increasing roadblocks put in the way of card counters it’s by no means a guarantee of winning in 2021.